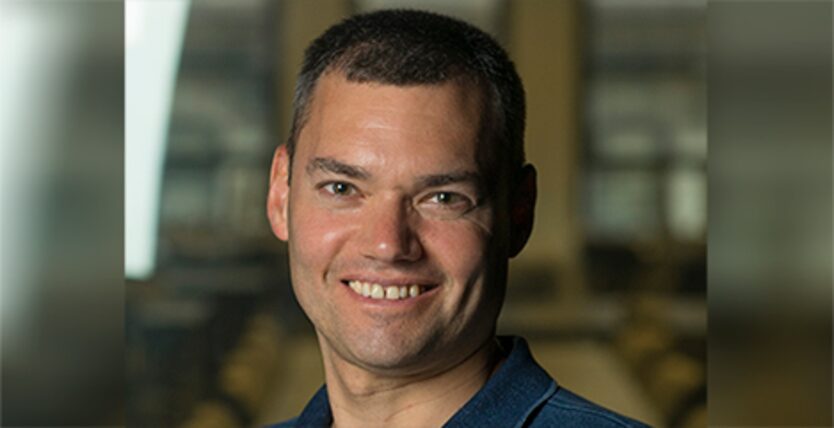 Peter Beinart, Latest Graduate Center New York Times Columnist, on Writing About Politics in a Time of “Craziness and Ghastliness”

Professor Peter Beinart (Political Science), a former editor of The New Republic, author of three books, and frequent writer for publications like The Wall Street Journal, The Atlantic, Newsweek, and Slate, has made a career out of moving the conversation forward. He is a professor of journalism at CUNY’s Craig Newmark Graduate School of Journalism and is also an instructor in the Political Science program’s specialization in Writing Politics.

Beinart was recently named a New York Times columnist. He spoke to The Graduate Center about his new gig and his advice to students who want to write for a wider audience:

The Graduate Center: What’s it like writing about politics right now? Has it become more exciting or more challenging over the last four years?

Beinart: On the one hand, over the last four years, politics has been more central to people’s consciousness, by and large. Also, the magnitude of the stakes has been made very clear — and if you’re writing about politics, that’s good.

The challenge is that the magnitude of the craziness and ghastliness of what’s happened is so great that it can be difficult to keep up with, and it’s hard because so much of it provokes one particular tone — a tone of outrage. And that’s very justified, as a citizen and as an activist, but if you’re a political writer you want to find ways of not always writing in the same tone. You don’t want to be predictable.

Beinart: Before this, I was doing most of my writing for The Atlantic, and some for a publication called Jewish Currents, which I’m still associated with. [My pieces for] the Times are a little bit shorter than for The Atlantic, so that has an influence on how I craft an argument. I’m also writing a little less frequently — when you’re writing once a month instead of once a week, it means you can’t be quite as much on the news, and you have to choose subjects that are a little broader, that can last a little longer.

One of the things we talk about a lot in my class is how to try to look at the way a public conversation is evolving, and thinking about when you can intervene and say something fresh. You want to look at what’s already been said, and what’s a new perspective that hasn’t been offered yet.

GC: Any advice for students who want to get into this?

Beinart: The first thing is to simply read as voraciously as you can in whatever publication you’re interested in publishing in. You need to develop an intimate understanding of the particular discourse of political writing, and also of the specialized discourses of different publications — the topics they’re interested in, the way they structure arguments, the lengths of arguments, the kind of language they do and do not employ.

The second thing is that there’s no substitute for writing a lot. Like anything, you have to do it a lot in order to get better at it. Write, and show your writing to people whose opinion you trust. And revise. And then you can start sending things out.

The last thing is, in addition to reading contemporary things, is reading great writing, even if it’s not about politics.

GC: What writers and publications do you turn to these days?

I read a lot of different things — The New York Times and The Washington Post, and for writing that really impacts me as writing, I read Walter Lippmann, George Orwell, Ta-Nehisi Coates, Katha Pollitt. Those are four writers who I really admire as stylists.